While being an impressive country with great people Sri Lanka is not without its fair share of dangers like any other place in the world.

Even though a relatively low-cost transport medium, Tuk Tuks are well known for overcharging tourists because most Tuk Tuks do not use the taxi meter even though most have one. So it is always a good idea to agree on the fare before you start the journey. Overcharging usually does not happen if you hire from a car from a reputed taxi operator, commonly known as Cab services. Also, Tuk Tuks are one of the least safe passenger vehicles on the road and a lot of people die each year of road accidents involving Tuk Tuks. So it is advisable to stick to safer taxi cars whenever possible.

Public transport is generally safe but buses other than air-conditioned buses, and trains usually keep doors open while traveling. Even though tourists tend to enjoy the rare experience of hanging out of the door of traveling trains it is extremely dangerous and a lot of people have got killed or injured while doing so. Also when getting into trains and buses crowds usually don’t form lines and some people try to get on before stopping, creating chaos. Please be aware of this when getting into trains and buses especially if you travel in economy class. Also, pickpocketing and sexual harassment do happen on crowded buses and trains, so it is advisable to avoid traveling on crowded public transport as much as possible. Best way to avoid crowds are traveling on weekdays outside rush hours (Between 6 am – 9 am in the morning and 2 pm – 9 pm in the evening)

Extra precautions should be taken when walking along the public roads and crossing roads. In Sri Lanka, most drivers don’t have a habit of giving way to pedestrians at crossings. Locals when crossing roads usually wait until there are no vehicles closeby to cross the road wherever there are no traffic lights. So please be extra cautious when crossing the road. Also, most public roads do not have pavement. When walking along the public roads please try to walk on the right side of the road and be very cautious. I strongly advise against self-driving in Sri Lanka due to lack of discipline of most drivers as well as the unlawful outbursts of locals if a local get injured by a vehicle.

A common scam is selling low quality or fake handicrafts. This is most commonly practiced by the walking sellers near tourist attractions. While it is great to help people by buying some goods from them keep in mind that the originality or quality of the product can be different from what the seller actually claims it to be.

To avoid theft do not leave any belonging unattended. Robbery is not common, but it is wise to avoid deserted places especially at night.

The most common threat to the health tourists face in Sri Lanka is dengue and road accidents. Using a mosquito repellent is always a good idea especially if you stay outdoor in the mornings and evenings when dengue mosquito is most active. In non-airconditioned rooms to avoid mosquito bites when sleeping keep the windows closed or use a mosquito net if available. If there are no mosquito nets try asking for mosquito coil or a vaporizer from hotel staff. It’s even better if you can buy a mosquito repellent vaporizer from a local supermarket and keep it throughout the journey. 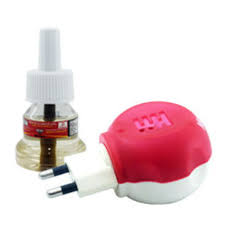 There are both private and public hospitals throughout the country. Outpatient care is mainly provided by privately operated clinics. The cost of a doctor visit is generally less than LKR 1000.

Ambulance – Dial 1990 from any local phone to call for an ambulance.

Police – Dial 119 from any local phone to call the police call center in an emergency.